The Railway Story by Paul Rhodes

Paul, a railway enthusiast who grew up in Hartfield, researched and wrote this history in 2006 and was happy for us to add it to the Hartfield History Website

It has been added as a 'flip page' album so that you can read the great story, page by page. You can also enlarge it to read at full screen size. The easiest way to read the whole story is to click on the symbol to enlarge the click book with the 'wood' background. Click on the arrows at the bottom to reach the page you want and then click on the magnifying glass to fill the screen. Unfortunately, if you wish to move on a page, you have to reduce the size again by clicking on the magnifying glass which then provides you with the arrows to change the page. Repeat the process! 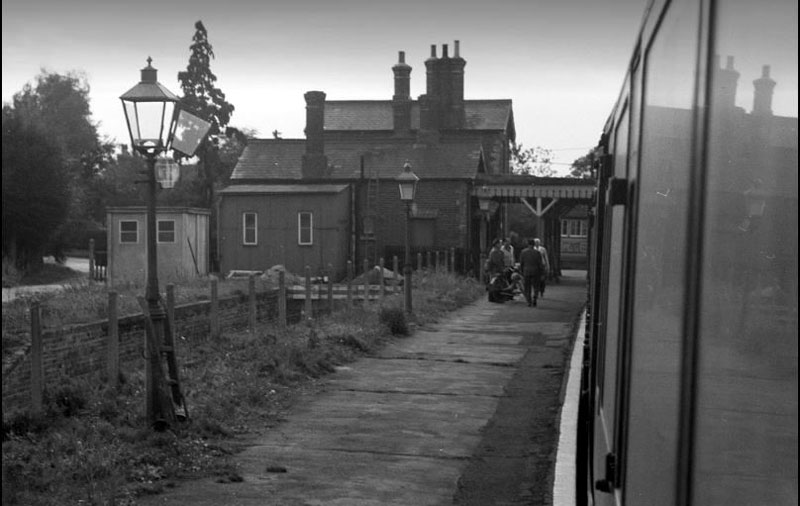 The picture above was described as Hartfield Station platform photographed from the train. HOWEVER, I have now come across the picture below which is a similar picture taken from the train and is quite obviously a genuine picture of Hartfield Station. I have left the incorrect one for you to compare as it turns out to be a picture of Withyham Station. You can see how the road at Hartfield is climbing up the slope over the railway bridge whereas the road that passes the Withyham Station is level with the line and used level crossing gates. Note the lamps are oil on both platforms and where there is no burner it would have been removed for filling, lit and replaced when necessary. The Withyham picture also shows a small signal box at the far end of the platform which presumably controlled the level crossing. 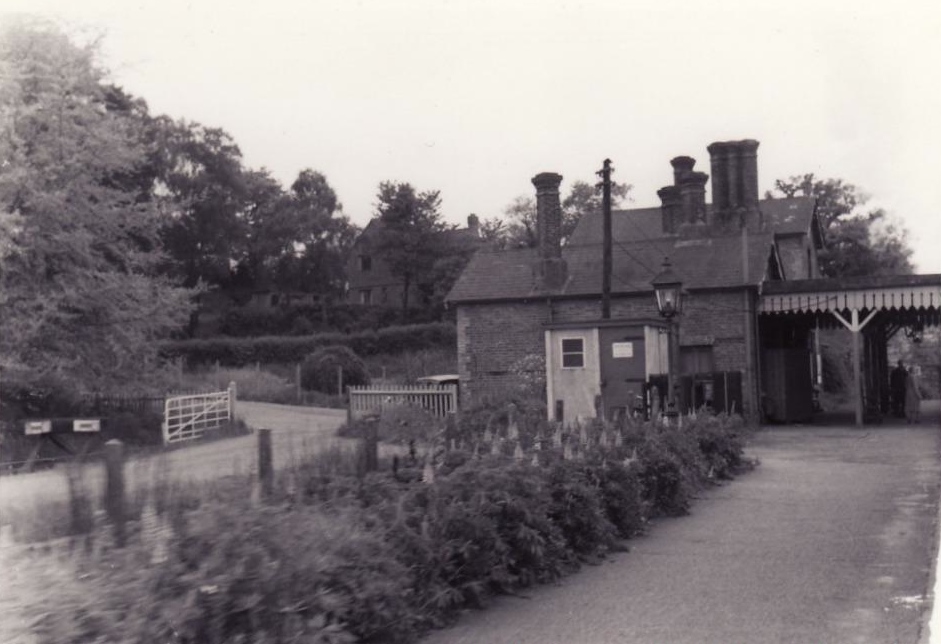 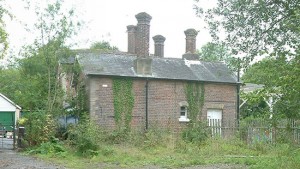 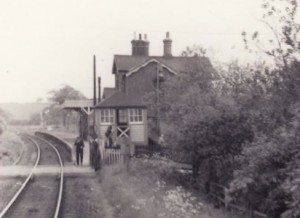 A picture of Hartfield Station that was taken before the coal yard development to compare with the black & white picture above.The small window is hidden behind the storage shed but you can see the top of the drain pipe and also the support for the platform canopy.  The picture of Withyham level crossing shows the signal box at the end of the platform.

One of the most extraordinary stories directly related to the railway in Hartfield is that of a farmer who moved the whole of his farm from Yorkshire to Perryhill Farm here in Hartfield - by train - in the snow - in December 1950! The move was filmed by British Transport Films and is part of their film collection, Volume 3, entitled 'Running a Railway'. For your money you get 2 DVD's with 7 short films on each, of which 'Farmer Moving South' is on Disc Two and runs for 17 minutes.

In October 2013, we had an excellent talk by Ian Pierce looking at the story from the opposite end as it were. Ian runs the History Group in Great Ayton which is some 4 miles from the market town of Stokesley. The farm in question which was moved is at Skutterskelfe on the other side of Stokesley. Whilst his history group, like ours, had seen the British Transport film, nobody had attempted to discover much about the people involved and Ian had written to Perryhill Farmhouse as part of his investigation asking for photographs to compare with those that were on the film. This is where I became involved as the neighbour to Perryhill Farm and provided a number of pictures for the 'before and after' approach that Ian was after for a more detailed talk.

To cut a long story short (at this stage of our website development), Ian decided that he would like to see 'this end' of the story and kindly offered to give an illustrated talk to the Hartfield History Group which was very well attended. As there were some 90 slides I will attempt in due course to add an outline of the story to this section but if there is anyone with a particular interest please do get in touch through the Contact section of the site.

When the railway was closed in the vast cuts to the rail system by Dr Beeching, an important connection for the village was ended.

The Station after closure - beginning to show deterioration. 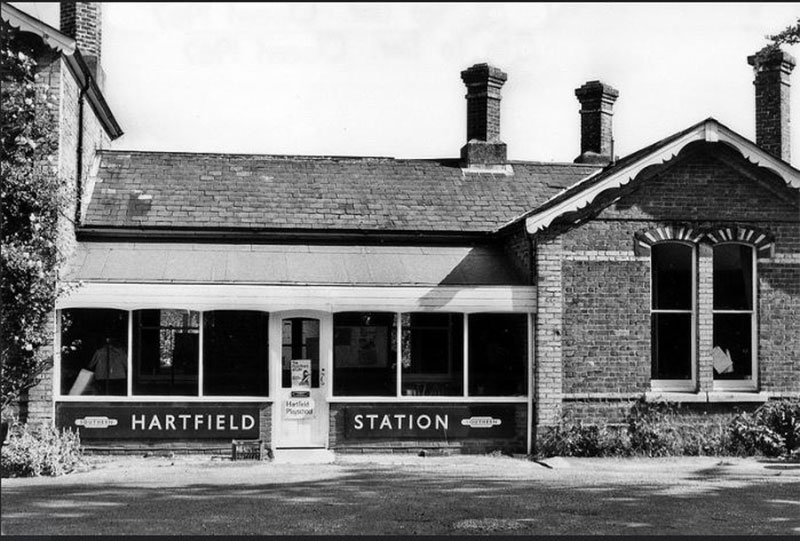 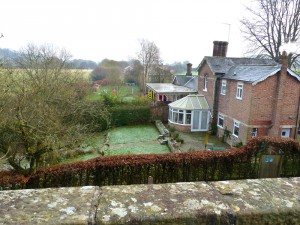 This is the view of Hartfield Station from the railway bridge today. The width of the bridge is hardly sufficient for today's traffic and this photo had to be taken by driving slowly across in an open car - it's simply too dangerous to walk across which is why there is a pedestrian route down to the old track bed and up the other side.

If you enlarge the picture you can see some colourful elements of the Playschool that has its home in the Station building. 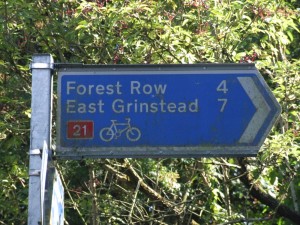 CLICK on any of these pictures to enlarge them. Use the back arrow to revert to the original.

There are a huge number of railway enthusiasts and several websites dedicated to many aspects of railways then and now which you may like to view. The first one is a detailed photographic record of the Hartfield Station development and the Forest Way by Derek Hayward.

20 Comments on “The Railway”