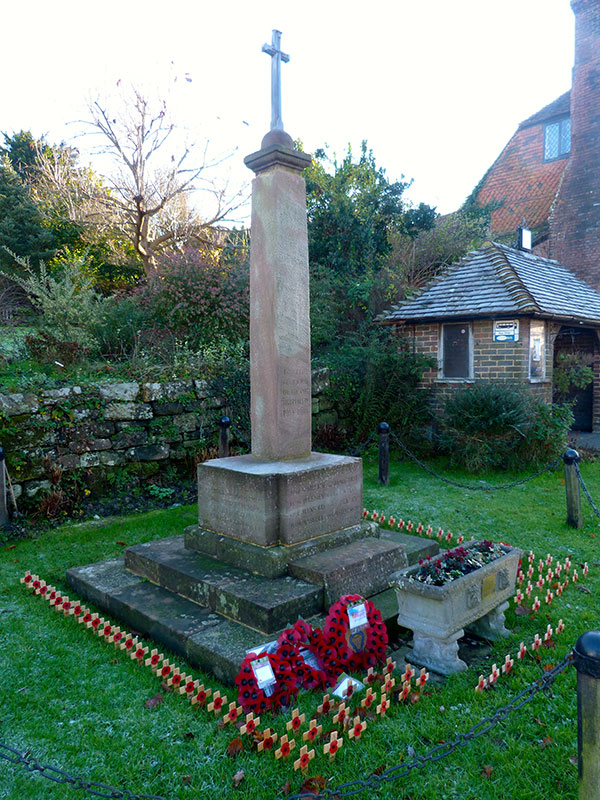 The War Memorial on the High Street near to Church Street commemorates Hartfield residents who died in both the First and Second World Wars.

James Castle has spent 8 years researching all the names on the War Memorial. He says that Dan Maher has been invaluable in checking accuracy and finding some excellent source material with the last two years being very much a team effort. When 15 individuals who were not included on the memorial were discovered, Dan persuaded the Parish Council to have the extra names added during 2014.

A complete record of all the names on the Hartfield and Colemans Hatch War memorials from both World Wars has been added below. This list is in alphabetical order and shows birth and death dates and the location(s) of the name.  The Parish Magazine will be carrying information on a number of the names in each issue. Read a little more about it in the meeting report for November 2014. 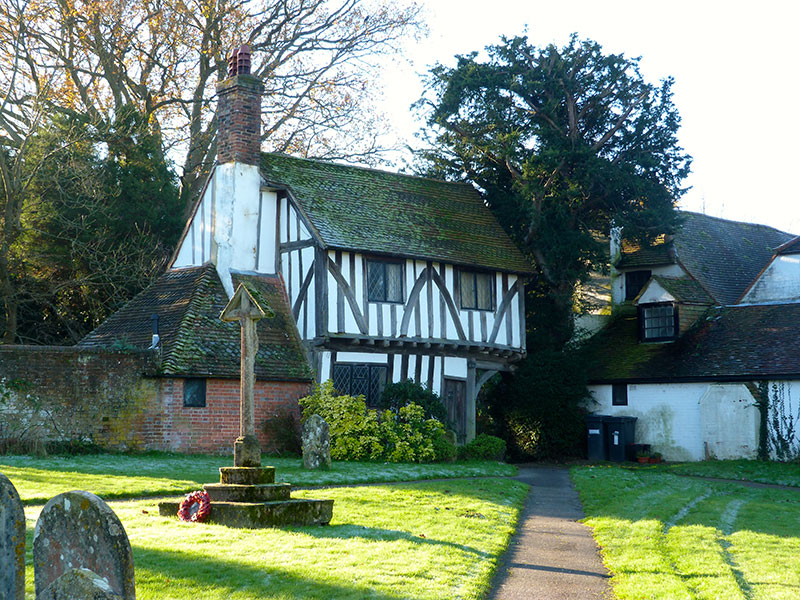 In addition to the Memorial in the High Street there is an additional memorial on the grass of the churchyard immediately through the Lych Gate.  This memorial was erected by Mrs Peel, the mother of Charles Peel whose information is on the alphabetical list. He is also on the High Street Memorial. 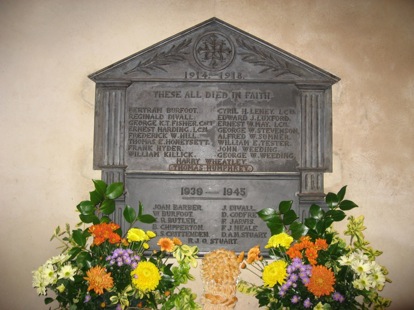 This is the Memorial plaque in the Coleman’s Hatch Church 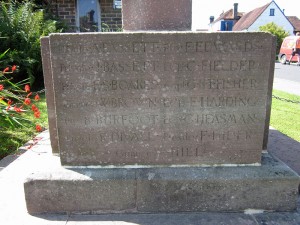 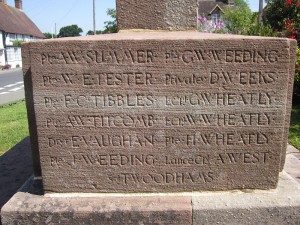 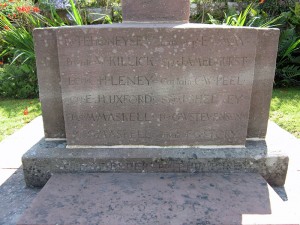 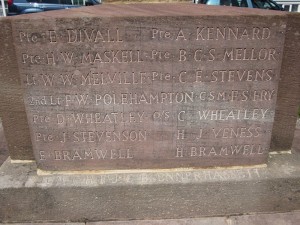 James points out that there are spelling mistakes on the earlier carved names but his listing corrects these. A visible example is Private W Summer on the top row of the right hand side. His surname was SUMNER.

The list below is a simple alphabetical list of all names with their birth and death dates and the location(s) of their memorial(s). The full list with details of each individual has now been added as a separate page. Click on this link Memorial Details.

The full list with details of each individual has now been added as a separate page. Click on this link Memorial Details.